Queues? In the future we don't need queues... 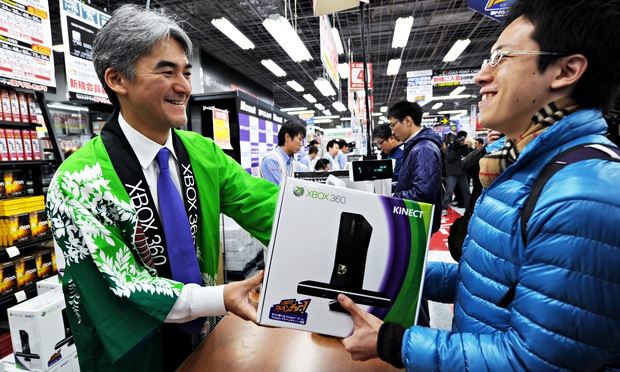 Here's a copy of a great article originally published by The Guardian after Tim Lewis interviewed our Director of European Operations, Martijn Verbree.

Localz’s personalised service could make waiting at a shop counter a thing of the past
It’s not easy to describe what Melbourne-born startup Localz does without making it sound a bit sinister, but here goes. Say you have bought a microwave on Click & Collect and you head to the store to pick it up. On arrival – provided you have agreed to receive correspondence – a jolly message will ping on your smartphone: “Welcome! Would you like to pick up your microwave?” If you answer yes, another message will tell you when it will be ready. If there’s a wait, you may be offered a complimentary latte. Eventually, the process will become so streamlined that you can skip the checkout and the microwave will be brought directly to your car. Like having an invisible, all-seeing assistant.

This is – purposely – not the most whiz-bang example, but Localz believes that a small number of efficiencies can make a big difference to your life. Using a combination of their software and micro-location hardware, the company is aiming to improve the experience of various little chores: going to the bank, checking into a hotel, ordering drinks at a packed bar. It’s not the end of queues, but there should be some smug moments when jumping them.

And the new technology offers perhaps even greater benefits for retailers. Localz is already working with the two biggest stores in Australia. In September it won the inaugural JLAB, a competition run by John Lewis “to shape the retail experience of the future”. The prize came with £100,000 investment and allowed Localz to expand into Europe, based in London. The Click & Collect example will be coming to John Lewis stores from early next year. The company has also been selected for PayPal’s prestigious Start Tank initiative, which offers mentorship and office space without surrendering equity.

The key behind Localz is micro-location. “In simplistic terms, it’s a GPS but it works indoors and it’s based on Bluetooth low energy, so it doesn’t kill your phone battery,” explains Martijn Verbree, Localz’s 38-year-old Europe director, as PayPal staffers play table tennis behind us and help themselves to free food from the fridge. The triggers for micro-location are beacons – or iBeacons in Apple speak – that broadcast a Bluetooth signal in a range between 5cm and 70m. Beacons are small and cheap; even long-life ones are no bigger than a draughts piece.

“In a few years you will find beacons in bus stops, on street signs, in appliances,” predicts Verbree. “They’ll be almost as common as Wi-Fi access points throughout the city.”

The main concern with beacons– which both Apple and Google are enthusiastically pushing – is one of privacy. Every time you walk into a store, you will surrender swaths of personal information: your email address, credit card and, even more revealingly, what you like to do and where you spend your time. Beyond that, once a store has your attention, won’t you just be bombarded with irrelevant offers?

Verbree nods: “Our message to retailers is don’t be creepy,” he says. “Be relevant for the consumer, because they are going to quickly opt out of the experience if they don’t like it. You have to do something that is really going to benefit your customer.”

Localz has ambitious plans, but ultimately its work will be behind the scenes, supplying services to more famous brands. And what if one of the tech giants were to swoop in to buy them out? Verbree laughs: “Yes, you think about these things over a beer, but it’s early days, and we want to be our little independent self for a while at least.”

Cinema of the Future

Queues? In The Future, We Don’t Need Queues

Does location technology mean the end of queueing?