Localz congratulates our friends Pocket App for being the Silver Winners at the Digital Experience Awards 2015. They were competing in the Charity/Not for Profit category with their My Poppy app. Their solution provided a mobile method for people to donate to the Royal British Legion as part of the Remembrance Day Poppy Appeal campaign. 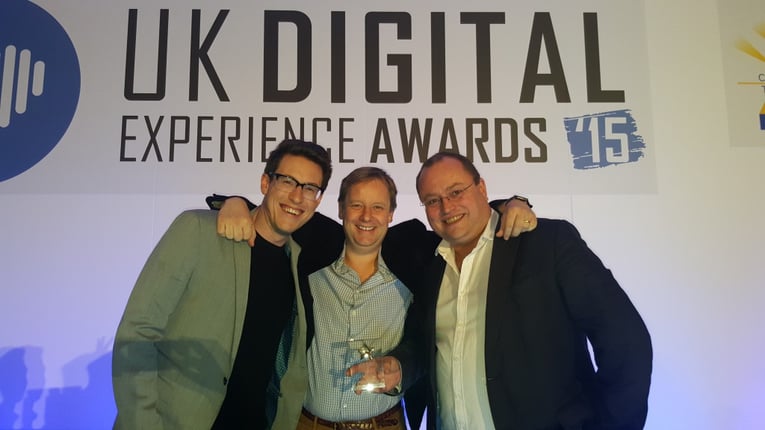 The Digital Experience Awards 2015 celebrated the delivery of an exceptional customer experience through digital media channels across a variety of industries. The event was organised by the UK Customer Experience Awards and took place at the Park Plaza, Riverbank on Friday 27th November 2015. Partners of the organisers included Awards International, Customer Experience Magazine and Cranfield University School of Management with sponsorships from Usability 24/7 and Barnardo’s. All the money raised during the Digital Experience Awards 2015 were donated to the Seraf Service– a pan-wales service working with children and young people who have experienced, or are at risk of sexual exploitation.

Pocket App were crown as the silver winner in the Charity/Not for Profit category with My Poppy app. They were competing against MUBALOO, British Council, The Open University, PDSA and Nottinghamshire County Council. They secured their win with their donation app that encouraged people from different ages to engage and donate money to the Royal British Legion. The charity provides financial, social and emotional support to members and veterans of the British Armed Forces, their families and dependants. My Poppy app was part of the Remembrance Day Poppy Appeal campaign and aimed to offer a more innovative and interactive way of raising money for a great cause.

My Poppy app was also recognised with a silver winner award within the ‘Community’ category at the UK App Design Awards. Pocket App were also named silver champions in the ‘Best New Service or Application’ category with their 999eye app.

Paul Swaddle, CEO of Pocket App, commented: “We are thrilled that not only one but two of our projects have been recognised by these prestigious awards. While they are in totally separate industry sectors, at the heart of both of these projects was the need to strengthen the operations of the West Midlands Fire Service and the Royal British Legion through the power of mobile, and we see these awards as confirmation that we have achieved that goal.”

How to reduce inbound call volumes by increasing customer engagement

How to improve first-time fix rate with customer engagement