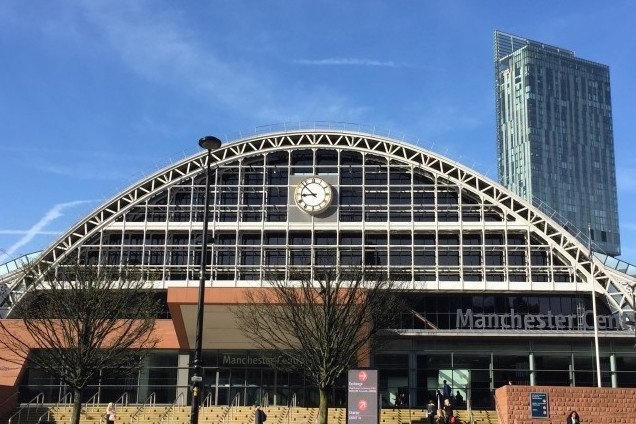 Last week, Localz travelled to Manchester to attend one of the most exciting events this year Business Rocks 2016. With keynote speakers like Steve Wozniak, Co-Founder of Apple, and Jeff Hoffman, Founder of Priceline.com, the technology and investment summit definitely was the place to be this April.

The second we arrived at the venue, Manchester Central Convention Complex, we could feel the excitement and the anticipation of everyone, waiting for the doors to open and Business Rocks to start. KPMG and Tesla Motors UK were the first two big stands that you could not miss. The middle of the venue was occupied by more exhibitors’ stands and in each corner of the hall there was a stage, each serving a different purpose and audience. The Headline Stage hosted world-class keynotes and panel debates from some of the biggest names in the tech world, including Steve Wozniak, Co-Founder of Apple. In the Developer Dome, there were demos and sessions on topics, covering iOS, Android, Enterprise Apps, Fintech, Connected Car, e-commerce, IoT, Payments, Gaming, Wearables, UX & UI design and App monitisation. The Investor Stage included keynote talks, panel sessions, and surgeries about tech investment, investor speed dating and meeting areas. And finally, the Innov8 Battle Stage was where 100 global tech start-ups were competing against each other by pitching in front of 20 world-class tech judges. 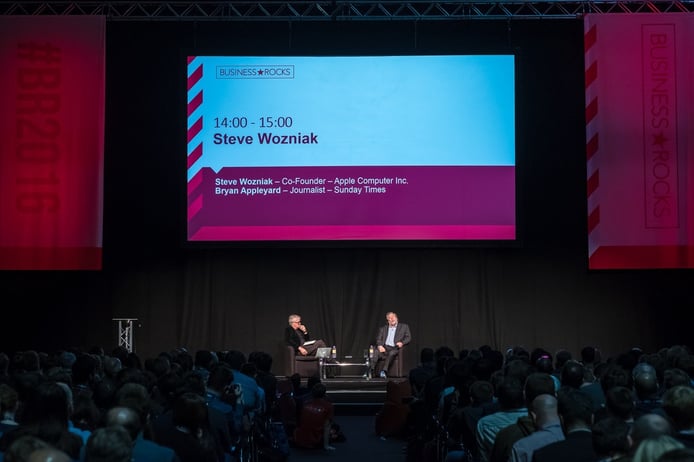 Even though all the talks were very interesting, two of them were enjoyed by the Localz’ team enormously. Obviously, the first one was the highlight of Business Rocks 2016 - the interview with Steve Wozniak, Co-Founder of Apple. He spoke about the company and his present position in it as well as how, together with Steve Jobs, they created Apple II. During his on-stage interview with Sunday Times journalist Bryan Appleyard, the “Woz” shared his opinion about artificial intelligence and why he believes humans will become ‘the family dogs’ of the robots in the future. No surprise the Headline Stage was overcrowded for that one hour.

Another inspiring talk was the one, given by Jeff Hoffman, the Founder of Priceline.com. He spoke about the ideas and businesses he came up with in the past. He also shared some stories from his childhood and linked them to the idea that people easily give up on their dreams and goals, which should not be the case. Jeff explained how dreams are driving people to success and how we need to spend every day trying to get closer to accomplishing our dreams - whether that’s money, travelling around the world or an expensive Ferrari.

Apart from the very exciting and educational talks, this year Business Rocks introduced a "Tech for Good" hackathon with a theme: "How can technology solve world homelessness?" Hackers were divided into teams to come up with life changing ideas and solutions to solve the ever-growing problem of homelessness. The winner was team Limbo, who proposed an app that encouraged and helps homeless and vulnerably people to find work opportunities. Well done to the winning team and all the other hackers, who participated in the two-day competition.

Business Rocks 2016 definitely rocked our world. Next year we hope to be there again and meet many more amazing and inspiring entrepreneurs and companies.